Born in Catania Sicily on the 2nd of September 1840 into a family of landowners Giovanni chose a career path in writing.

He became one of Italy’s greatest writing talents a title that many around the world have little knowledge.

Italian was once a language spoken and read by many around the world queen Elizabeth i spoke and wrote Italian fluently and Poets such as Milton produced poems in Italian.

After the decline that followed the great writers of the Renaissance when the city-states of Italy became a battlefield for the French and Spanish.

With the Spanish victory came a counter-reformation that created an atmosphere of fear making literature empty and ideas dangerous. Italian literature suffered a major body blow one that writers like Verga and Pirandello, Leopardi, Manzoni had to battle and overcome.

Sicily was the poorest state in Italy in 1840, ruled by the Bourbons from Naples on the mainland Sicily had not been part of the advances created by the industrial revolution.

It maintained the old feudal way of life  working the land continued there as a way of life and there was little wealth to share about on the  island.

With the upper ruling classes exploiting the lower without compassion this was the age that Verga was born into an age of rebellions and revolts.

With the Piedmont king Victor Emanuel already fighting the Austrians in Northern Italy after establishing the independent kingdom of Piedmont looking to unite the Italian states into a  country.

This war was ended by a treaty brokered by Napoleon III emperor of France and the Austrians.

With the atmosphere among the general public volatile due to the treaty signed Piedmont appointed Garibaldi the leader of a volunteer force of a thousand men to take up the battle against other states in Italy.

Garibaldi chose to attack the kingdom of the two Sicily’s under the Bourbons.
In may 1860, he landed in Sicily and took the island inside two months against a much larger force of better-trained defenders.

He then crossed the straits of Messina and took Naples defeating the Bourbons.
Soon after which Victor Emanuel again took control of the independent forces once more.

Soon after the Piedmont forces annexed Venice in 1866, then Rome followed in 1870 and Italy was united under the rule of the Piedmont king.
With the capital changed from Turin to Florence in 1864, before in 1871 the capital again switched back to ROME.

For the south of Italy, and Sicily this all added up to higher taxes and conscription into the army.
With living standards worsening the revolts upon SICILY continued.
Many had viewed the arrival of Garibaldi like the second coming of Chris but in – reality the unification of Italy had produced an
uncomprehending Northern rule by the Savoy dynasty.

Verga spent much of his youth in Florence and Milan among literary circles and his first works were melodramatic popular novels about the decadence of the city.

His first novel was written in 1857 named “Amore e Patria”  but was not published and  a year later he enrolled in the University of Catania as a law student.

In 1860 Verga joined the newly formed national guards founded after Garibaldi landed on the island.
He became one of the founders and also editor of the magazine,Roma degli Italiani.
In 1861 Verga abandoned his law studies and self- published his first novel “I Carbonari della Montagna.”
Later in 1863 he produced a patriotic novel “Sulle Lagune” published in an Italian magazine  the same year his father passed away.
In 1865 he visited Florence for the first time a city he was to visit often and in 1869 he settled in the city and met the realist writer Luigi Capuana the same year he starts an affair with the eighteen- year- old Giselda Foljanesi
In 1871 he publishes “Storia di Una Capinera” the novel is an instant success.
Verga headed to live in the publishing capital of Milan in 1872 and in 1874 “Tigre Reale,” “Eros” AND “Nedda” are published.

Later in 1877 he released a collection of short stories titled “Primavera e Altri Racconti” the following year saw his life turned upside down when his mother passed away they were both very close to each other.

In 1880 Verga visits friend and lover Giselda Foljanesi and the book “Vita dei Campi” is published.

in 1881 he publishes “i Malavoglia” the novel failed to sell and Verga dissapointed by events begins an affair with the countess Dina Castellazi, who at the time was in her twenties and married an affair that was to last the rest of his life!

He then travels to Catania to visit Giselda Foljanesi later her husband Rapisardi discovers a love letter sent by Verga to Giselda  and she is forced to leave Catania and return to Florence.

In 1884 Verga ends his affair with Giselda Forjanesi the same year the play Cavalleria Rusticna is put on in Turin and becomes a box office success.

1888 sees Verga return home to live in  Sicily the next year he publishes “Mastro-Don Gesualdo” the novel is another success.

1891 he publishes ” I Ricordi dei Capitano d’ Arce” the same year he wins a case in the court of appeal and is awarded the sum of 143000 lira the award ends his growing financial worries that had beset him.

IN 1898 riots break out in Milan after the price of bread is loaded and they are put down with violence by the army.

Verga backed their actions saying they acted in the  defence of society and it’s institutions.

Verga continues to live the quiet life in Sicily and in 1915 he expressed his support for Italian involvement in the first world war.

His eightieth birthday was celebrated in Catania and Rome in the year 1920.

On the 27th of January 1922, the writer passed away in his beloved Catania on Sicily aged 82, in the house he lived in with his family as a child on Via Sant Anna.

Today the house is a museum dedicated to the writer and his family and  a theater in Catania  Teatro Verga carries his name also.

Influenced by the Bohemian poets his best work was produced when he focussed on realism concentrating on the struggles of the ordinary working man ahead of the empty romantic vices of the well-heeled in the cities.

Within ten years he had produced a volume of short stories all in the same realistic style “Vita Dei Campi” and then in 1881;he published “I Malavogli” turning realism into a fine art in a story that documents the social reality of Sicilian fishing families in their own words of their life of struggle with the sea that develops into an epic celebration of the human spirit and it’s triumph over adversity.

Verga continued the theme in a cycle known as “I Vinti” examining the impact of ambition and drive for more and the impact this had on those families in his tales of the social rises and downfalls and the unhappiness this created in Sicilian society.

“I Malavoglia” when it was published failed but another Novel in the same series “Mastro-Don Gesualdo’s” was an instant success and it cleared Verga’s financial worries and set him up for his most productive years during the 1880s.

Many of his short stories were turned into plays some into film scripts one “Cavalleria Rusticana ” became a box office best seller.

“The short Sicilian Novels”, published in 1883 and called “Novelle Rusticane,” are the finest of Verga’s stories embracing the themes which are given full expression in his works.

In Verga, there are no heroes or criminals just people doing what they must just to survive he passes no judgment on them as individuals yet in his writing you appreciate where his loyalties lean within his tales.

He shows a respect for the hardworking trials and suffering endured by the peasants and he expresses how when people change they often lose their humanity and spirit only to replace it with material wealth and property.

Verga like other writers such as Dickens yearns for a more human world all of Sicily in the 19th century is represented in his writing and we can choose to suffer the hardships with Verga, knowing that this was the reality of life then on Sicily or aspire to change and better ourselves.

A role Verga equates with defeat he sees the struggles of the people against poverty as a noble cause that strengthens Sicilian culture and art by empowering the real spirit of the people. 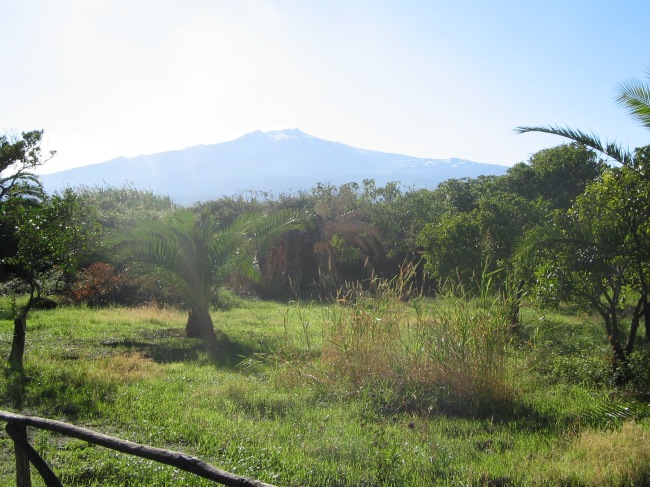